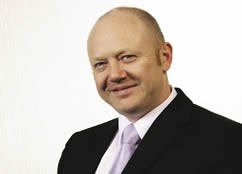 BEL Valves has appointed Michael Ridley as its new Sales & Marketing Director. Michaels remit it is to develop new global markets for BEL Valves, with an initial focus on BEL Valves activities in the Eastern Hemisphere and the Americas.

Michael has worked for BEL Valves previously. In 2000, Michael left BEL Valves to start his own business  RB Valvetech Ltd  a valve trading company also based in the North-East of England. However, he was attracted back to the dynamic manufacturing environment, in particular with a subsea products and product development focus.

Michael first joined BEL Valves as an apprentice in 1984, and as a sign of things to come, he won the BEL Valves Apprentice of the Year Award in 1988. His career then took him through the BEL Valves Engineering Department, seeing him move from Apprentice Engineer to Design Engineer in 1988. In 1990 he moved into internal sales, taking up the post of Internal Sales Engineer.

Various sales posts followed, including an Internal Sales Manager role in 1992, before Michael was re-located to Aberdeen in 1993/94 for his first external sales post, increasing turnover in this key market from £700k to £7m. Finally, Michael was promoted to UK & Scandinavia Sales Manager before being promoted to Sales Director for BEL Valves.

Are you looking for best-in-class calibration and support? With On-Site ...

Following the cancellation of the international Valve World Exhibition due to ...

The BVAA offers a range of excellent training courses both online and ...

This week we had an excellent Business Development Event hosted by the BVAA BD ...

What is it? This is a proposed revision to one of the core fire test standards ...