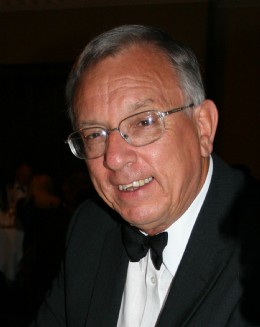 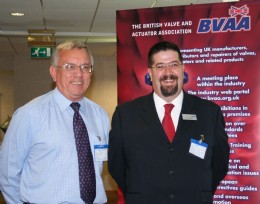 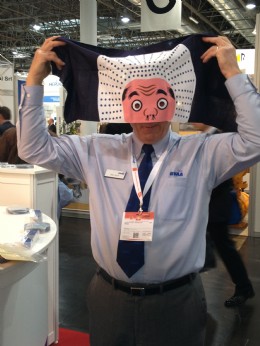 Peter Richard Churm was born in December 1940, the eldest of 5 children. In his youth, Peter had been a superb athlete, holding for several years a youth record for the long jump. He was also an accomplished footballer, once having had a trial with Nottingham Forrest.

However like a lot of young men, Peter looked to the stability of Engineering and served a Technical Apprenticeship with a local valve company - Serck Audco Valves. This led on to a distinguished valve industry career which lasted nearly 60 years!

Peter excelled in valve design, manufacture and quality systems. Rising through the Audco drawing office hierarchy he eventually became Engineering Manager. Such were his talents he was then headhunted and became Engineering Director at Truflo Valves in Birmingham. Thereafter he was seconded to a similar role at Thompson Valves in Dorset. His career culminated, or so it was thought, by being appointed Engineering Director at the groups holding company, FCX.

Peter officially retired in December 2002, but he was asked to take on several special part-time projects thereafter, as he was just too valuable to let go of completely.

In the summer of 2003, Peter started another glittering career, this time as the BVAAs Technical Consultant.

The timing of his new job meant Peter and I started at BVAA within weeks of each other. We got on famously, and soon struck up a very firm friendship and formed a great partnership. BVAA was undergoing a major transition at the time and Peters presence and guidance became invaluable to me and others throughout the organisation.

His role with BVAA was vitally important. He was ultimately responsible for all of the British valve industrys technical standards, which in effect meant he was in charge of ensuring every technical document was not only pin-point accurate but also worked seamlessly with an intricate lattice of other standards.

He was also Chairman of the British Standards Institutions PSE/18 Industrial Valves Committee, which meant he adjudicated upon the many, often very complicated comments these standards generated.

This was incredibly detailed work, which to the uninitiated, could be quite baffling. Peters great skill was in knowing the content of these documents intimately, but also understanding the intent and practicalities behind each one.

The safety and prosperity of many in the industry relied on these standards, and thus relied on Peter and his huge knowledge.

Once done, Peter oversaw these documents going on to become European (EN) and often International (ISO) standards, where he was described to me recently as being a guiding light. As America was hugely influential in our industry - Peter often worked with their standards committees too, such as API, ASME, etc. where he was hugely respected.

He took on almost every possible technical task for our industry. He chaired committees and working groups at home and abroad, and became the industrys roving ambassador, going anywhere and everywhere he was asked. China, America, nowhere was too far, or too much trouble.

For several years Peter also chaired the BVAA Valve Repair working group, where with a combination of charm, tact and diplomacy  backed up by unrivalled knowledge - he brought together some fairly disparate views and eventually moulded them into an unprecedented industry Code of Practice for repair.

He was also our industrys early warning system, keeping any eye out for legislation that might impact on members businesses. He alerted us at the earliest possible opportunity through his Hot Spots, and was usually able at the same time to provide sound advice on how to avoid any resultant issues.

Peter was particularly expert in the Pressure Equipment Directive (PED). Sensing a lack of understanding in industry, he was very soon preparing a training course on the subject, and thereafter travelled the country educating groups of engineers. Courses on other topics followed, as did his famous Industry Guidelines booklets.

An expert in so many fields, his measured, genial but unquestionable authority won him many friends. I never ceased to be amazed at the number of foreign visitors at exhibitions that would rush up and greet him so warmly - behaving as if theyd been friends for life.

I came to understand with Peter that this inherent friendliness was true for all he came into contact with. Indeed friend to everyone was how one BVAA Board member described him. Not just because he held the keys to the proverbial knowledge cupboard, simply because that was his character.

He was always great company  particularly so at exhibitions - and could turn any chore into a fun activity, no matter how tiring the event.

Peter made himself always available, helping members and non-members alike. Government offices, HSE etc. all sought him out for advice too. He was hugely generous with his time, knowledge and patience.

And on the very rare occasion he didnt know the answer you sought, he didnt theorise as some might. He just kept solidly to facts, and  almost inevitably - did happen to know the person or organisation who could answer your question. Usually more friends.

Wherever we were, no matter how stressful the event, the sight of Peter ambling up with his cheery grin immediately gave youa tremendous sense of calm and reassurance. His was a very paternal presence; a sort of industry comfort blanket.

And he was always there  for me, for BVAA, and the industry. Indeed, BVAA endlessly use a photograph of me in our PR materials but in the original, uncropped image, you can see Peter is in it too, standing shoulder-to-shoulder with me, as ever, broadly smiling and in close full-support. For me it is a very symbolic picture, one that hangs in my office.

In 2009, BVAA resurrected its Man of the Year award for outstanding contribution to the valve industry. There wasnt much debate - or surprise - about the eventual winner. When I visited him at home, Peters award was still on display and his pride in it was still very apparent.

At the same time as Peter fell ill, BVAA moved to a new facility. As a mark of the deep respect we all had for Peter, the BVAA Board agreed that our impressive new Training Suite should be named in his honour. The Peter Churm Technical Centre will henceforth be where our industry will be trained and gain knowledge  indeed much of the training material delivered will be Peters own work.

Peter Churm was a great friend  to me and to the industry. He was also a great mentor, as many of his protégés on BVAA committees will testify. And he was also a great engineer whose knowledge and support was key in the work that he and others accomplished. He was also a thoroughly decent, modest, professional yet gentle man, with unsurpassed knowledge and experience, and the respect he garnered from colleagues around the world was enormous and effortless on his part.

Peter Churm was a cornerstone of the BVAA and will be sorely missed.

He is survived by his wife of 50 years Ann, his children Stephen and Alison and his three grandchildren Lauren, Caitlin and Leo.