The art of the ball valve 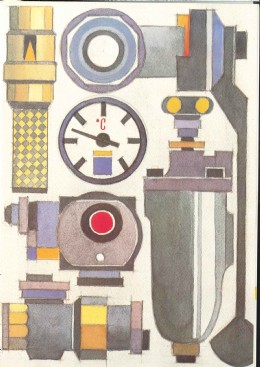 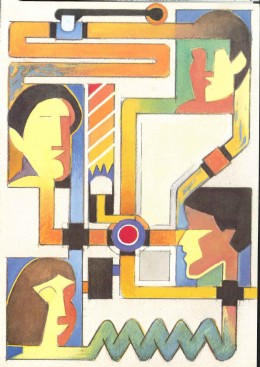 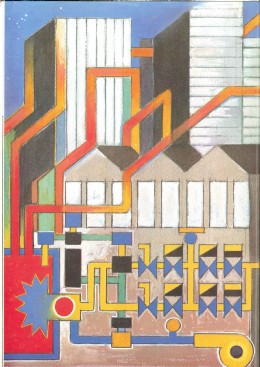 Understated and discreet, the humble ball valve is one of the vital cogs in the machinery that drives the modern world. There are few utility systems in our homes, offices, schools, hospitals and factories that dont rely on a ball valve as a key component facilitating our water works, plumbing, heating, power supplies and operating machinery. Indeed if removed, could wreak havoc on the support systems that we take for granted in everyday living

In the 1980s Ralph Freeman, a commercial artist, was commissioned to create a brochure for Albion. His project entitled Man, Spirit, Energy depicts Albion as a red dot in engineering systems, the red dot symbol which is still used on the companys logo and marketing materials today. Although art and industry are an unlikely marriage and art is open to interpretation, Freeman has perhaps inadvertently captured the ball valve as being as central to Albion as it is to modern energy systems as a whole today.

To Barnsley based Albion Valves (UK) Ltd however, the ball valve has never been something to be taken for granted, and since opening its doors for business in the 1970s has been at the very heart of the firm, and indeed the major protagonist in the story of their growth.

From the early years of business the Albion Group was involved in sourcing innovative European products for use in the manufacture of domestic heating boilers, whilst at the same time identifying additional potential applications for the products they currently supplied.

One such product was the discovery of ART 45 ball valve, which was to become the basis of how modern Albion came about and the beginning of a multi-million pound market in the UK.

In the 1970s in Italy, as in other European countries, the ball valve was being used in water and gas applications  something that was largely unregulated at the time.

However, seeing the enormous potential in the design and mechanics of the valve when it landed on the desk of Albions MD in 1978, Albion took the ball valve to British Gas in an attempt to have it certified for use with gas, a regulated application in the UK.

The Albion team worked extensively with British Gas to develop and draw up their approval standard for the ball valve in gas applications. After several attempts the ART45 officially became the first ball valve approved for the gas industry, developed with Albion engineering.

Complete with this new stamp of approval, Albion appointed their first UK Sales Rep and rapidly began signing up distributors and by 1984 the ball valve stockists turnover exceeded £100,000.

Ball valves were rapidly adopted by both the building services and process industries. Until that point the majority of industrial and domestic systems relied on the gate valve. Today, while there is still a place in the market for the traditional gate valve in many applications, in the early eighties the ball valve soon became the preferred engineering option, offering much better performance, bubble tight shut off and ease of use.

In industry, ball valves have been extensively adopted because they are easy to operate, they are versatile, and able to support pressures of up to 1000 bar and temperatures up to 752°F (500°C) depending on the ball valve design and material.

Since the early eighties the ball valve has been Albions flagship product and a catalyst for the growth of the business as a whole. Sales and Marketing Director, Les Littlewood commented:

If you ask any UK contractor what Albion stands for they will say the ball valve, and rightly so. Today, the ball valve with all its humble beginnings accounts for approximately one third of our overall business. Our team sells tens of thousand of units every year, 95% of which go into installations within commercial buildings and industrial processing.

By 2000, the ball valve had become the norm in both UK industrial processing and in domestic and commercial plumbing, replacing gate valves with primary reasons being that the ball valve offers greater longevity, ease of use, tighter shut off and better long-term value for money.

Bonomi (UK) Ltd has extended the scope of its Stainless Steel ball valve with ...

Dr Martin Haigh MBE will be a familiar name to BVAA members, and especially ...

What is it? Now that the UK has left the European Union the Government is ...

Emerson have a Webinar Center which offers a hub of excellent webinars for ...