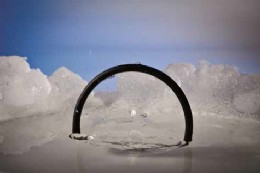 Precision Polymer Engineering (PPE) one of the worlds leading manufacturers of high performance moulded elastomer seals, has announced that SECC Oil & Gas, a global supplier of couplings and connectors to the oil and gas industry, has installed its Perlast® G75LT and G90LT O-rings in a patented pressurebalanced disconnect system for subsea operations. PPEs perfluoroelastomer seals have been exhaustively tested to ensure high performance in the low temperature, high pressure environments associated with deep water drilling and production.

SECC Oil and Gas, located in the UK, specialises in connection and disconnection solutions across the sector with special emphasis on subsea applications. Its emergency breakaway system has been developed as a failsafe measure to ensure that oceanic pipelines do not rupture when extraction vessels drift from their location above the well. Many active service vessels involved in deep water oil and gas extraction are equipped with Dynamic Positioning (DP) to maintain a fixed location when connected to the pipeline. The system monitors GPS, wind and motion sensors and adjusts the angle and output for each of the ships thrusters ensuring that the pipeline connection is not put under strain. If however, this system fails, the ship is likely to drift endangering the integrity of the pipeline and increasing the possibility of a leak. The emergency disconnect ensures that, in the event of DP failure, the environment is protected and the raw materials being extracted are not contaminated by seawater.

Seals made from PPEs Perlast® ICE G75LT and G90LT materials have been specifically developed to maintain a bubbletight seal even in the extreme conditions of the ocean environment. They have undergone extensive testing and been proven to perform at pressures of up to 15,000 psi and at temperatures ranging from -18°C to 121°C. The elastomers low glass transition temperature ensures that the seals maintain their elasticity despite high working pressures, forming an effective seal even in the presence of aggressive and corrosive substances often encountered in oil and gas exploration.

Steve Jagels, Global Market Manager for Oil & Gas commented: SECC approached us with a unique challenge, a high performance elastomer material which could continue to operate upon exposure to low temperatures and high pressures. We have a broad range of sealing solutions which have developed to meet the specific needs of our clients applications and operations. The Perlast® G75LT and G90LT O-rings were specially designed to operate at the low temperatures associated with deep water production, while also exhibiting high resistance to chemicals such as aromatic hydrocarbons, water and sour gas.

Due to the increasing demand for SECCs disconnect failsafe system it was extremely important to deliver the elastomer seals in the shortest possible time. PPE is well known within the oil and gas sector for providing high performance elastomer components with some of the shortest lead times in the industry. Engineering, manufacturing and testing of the seals from the initial concept to full production met SECCs ambitious product launch date.

PPE has a track record of developing exceptionally high performance materials for the most challenging applications. In the oil and gas industry PPEs materials, including the Perlast® ICE brand, have become known for their performance in low temperature and high pressure applications.

No Leakage in 10 Years with Kalrez® Perfluoroelastomer Seals

Dramatic increases in instrument performance and reliability have been achieved ...

Reducing Friction by More Than 30%, The Stem Slides Rather than Rubs

A new publication is proving an essential time-saving tool for engineers ...

The higher acidity of biofuels, compared with traditional oil-based fuels, will ...

BVAA committees have continued to hold their meetings at various places of ...