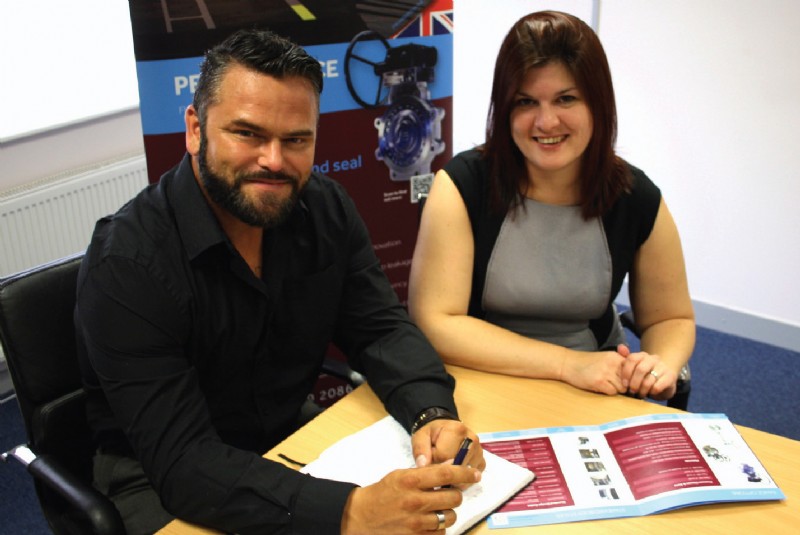 Hobbs Valve has been awarded a multi-million pound order of TOV (triple offset butterfly valves) to the major Culzean uHP/ HT (ultra high pressure / high temperature) gas field. Culzean is located in Block 22/25 of the UK Central North Sea and was discovered in 2008.

Hobbs valves have multiple uses in the oil and gas production industry, such as: isolation of reservoirs and storage; steam piping and condensate; cooling water systems; desalinization; and the transportation of hydrocarbons.

The Hobbs TOV is a zero-leakage solution that is versatile enough in service to outperform any other butterfly valve in its class, uni/bi-directionally. This oil field represents one of the largest projects to which Hobbs has ever been appointed. Oil & Gas giant - Maersk awarded the EPC contract to SMOP (formerly SMOE Pte Ltd) to build three topsides.

The contract includes the building of the Central Processing Facility plus 2 connecting bridges, Wellhead Platform and Utilities & Living Quarters Platform Topsides. Hobbs were among many rival companies in the bidding for TOV for Culzean but both SMOP and Maersk were steadfast in insisting on the absolute reliability and durability of the selected equipment for Culzean. In this regard Hobbs Valve Ltd were given the opportunity to demonstrate the products abilities, the experience in supplying previous projects both in the UKCS and globally as well as the commercial viability of our offering. The final award included an array of TOV in materials from 6A to Titanium and in sizes ranging up to 30 both actuated and manual in operation.

Alun Hobbs  Chairman of Hobbs Valve Ltd was delighted to make comment for The BVAA ValveUser magazine: The valves are being used topside in a standalone facility that will consist of a complex of bridge-linked platforms comprising a 12 slot wellhead platform (WHP), a central processing facility and utilities/ living quarters for 100 people. The total investment for the project is expected to be in excess of £3bn (US$4.7bn). This project is hugely significant for the UK Continental Shelf and as such I took a personal interest from the very early stages of this enquiry and will continue to do so throughout the process. I am extremely pleased that the award and thus trust is in Hobbs Valve to manufacture the absolutely critical TOV on the Culzean. The requirements presented some challenges but as those who know us know, we excel and thrive in providing solutions daily. We will, of course, deliver as always.

Hobbs Valve Regional Sales Manager- Shane Price who developed the opportunity from the initial stages commented; It took a great deal of effort, determination, communication, patience and undeniable team work proving ourselves to both Maersk and SMOP having never previously had the pleasure of working with this particular EPC. It has helped somewhat that Hobbs Valve has previously supplied Maersk on their existing projects and the TOV has been observed to demonstrate a continued performance beyond expectations within those applications.

I am of course delighted with the news and at having brought home such a significant contribution to the business here in South Wales. Particularly at a time when the global industry is at present a little bruised by the low $ barrel facing continued challenges and inevitable commercial realignments as a result. Arriving to work each day is a pleasure for the sales team but its times like these that Im filled with a great deal of personal pride to be part of such a great team and to be trusted by another hugely significant global end user -Maersk and the Singapore based contractor SMOP. Now the hard work begins in manufacturing the requirement.

Im pleased to say that every member of the Hobbs Valve team is already working very hard to expedite all of the processes involved until we deliver every last TOV that we are now globally renowned for and that is needed on the Culzean uHP/HT project.

Bethan Abram  Commercial Manager who has worked very intimately with the project both pre and post award says: The team and I are delighted that the hard work and intricate complexities in the bidding process has paid off. The Culzean discovery forecasts a plateau production at around 400-500 million standard cubic feet per day, for many decades to come and as such we look forward to working closely with SMOP and Maersk for the lifespan of Culzean. I have been personally involved in securing this award and as Hobbs Valves Commercial Manager it will be a pleasure to oversee my procurement and contract teams in the process that is already well underway from successful start to successful finish.