Midlands-based valve supplier Ultravalve has increased its number of accredited RPZ test engineers in the wake of increased demand for the service. 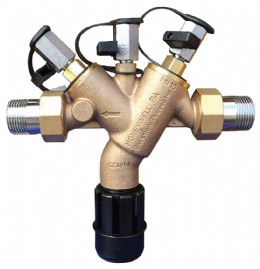 RPZ (Reduced Pressure Zone) valves are commonly used to prevent backflow; thereby protecting mains drinking water supplies from potential contaminates. By law they must be checked annually to eliminate any opportunity for a backflow situation to occur.

The testing work takes Ultravalves engineers into a number of different end user environments including, schools, hospitals and other sensitive areas, and as a result, engineers carrying out RPZ testing work need to be fully DBS checked. Following successful testing, customers are issued with certification covering them for the following 12 months.

Bill Brach, Ultravalve Managing Director comments: Ultravalve have been an accredited RPZ tester for a number of years and our recent recruitment shows increased demand for this important part of our service offering. This is a critical part of the UKs very rigorous water safety regulations and plays a key part in ensuring that our drinking water is of a consistently high standard. All our engineers are WTI certificated, CSCS approved and hold Water Hygiene cards. Ultravalve are also Constructionline, SafeContractor, Achilles, Reset and SMAS approved.