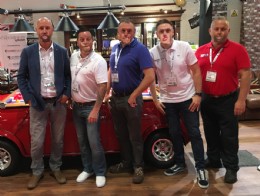 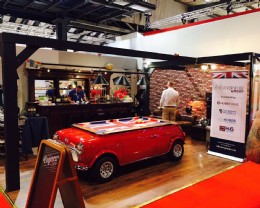 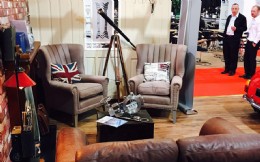 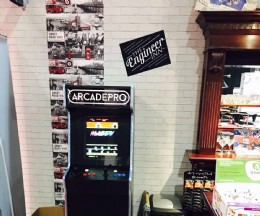 To emphasise the British element, Alun personally designed and built the stand himself, and took the view that having a Great British pub would make for a much more relaxed and approachable stand, for both new and potential customers alike. And once ensconced, visitors had the added benefit of a choice of craft beers at the bar.

To say the stand went down a storm is an understatement! Hundreds of people stopped by to take pictures of the stand, there were even interviews with local radio stations and newspapers. The stand truly surpassed all expectations and Alun was elated with the massive interest in The Engineer Inn.

GBVG also entered - and won - the AECC competition, where exhibitors were requested to submit a video to entice customers to their stand. The resultant first prize of £100 Amazon vouchers will be raffled off to The Great British Valve Group staff.

From a business perspective, OE this year was also very fruitful and since arriving back, the GBVG team have not only received a large number of enquiries, but are also expecting our first order from a major EPC, based in Aberdeen. In addition, we have also started the ball rolling for some major approvals with both EPCs and end-users.

A follow up trip is already planned back to Aberdeen early in October where we aim to capitalise on the interest generated by this years show.

The final icing on the cake; visitors to the stand who wished to sample some craft ale were asked to put a small donation in our charity boxes, and we successfully raised over £600 for two of our local childrens hospitals.

All the team at The Great British Valve Group look forward to OE 2019, in its new venue, and are also already thinking about what we can do to top this years interest and success.

On my recent return from a few weeks’ annual leave in France, our ...

It’s been a busy summer at the BVAA, and we were fortunate to catch up ...

About Paul Reeve Paul Reeve is a Chartered Engineer and a registered ...