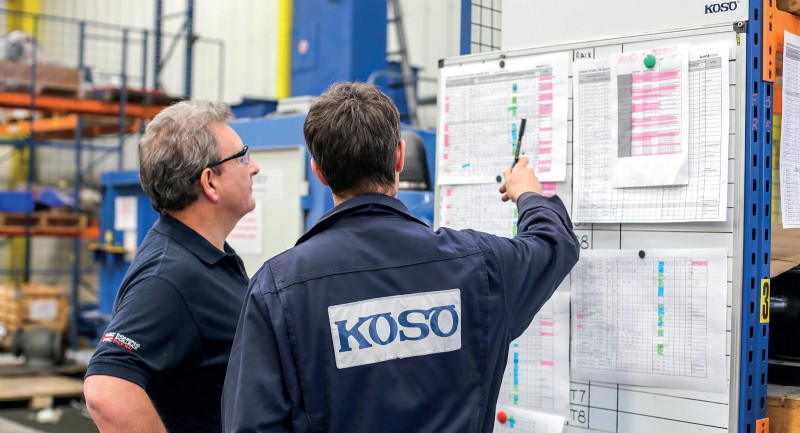 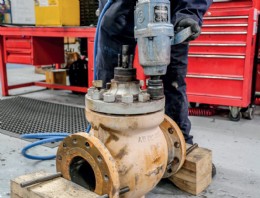 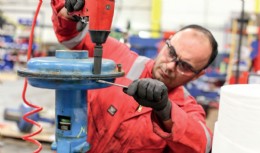 Having successfully undertaken 3 previous shutdowns for this client, Kent Introl was the first port of call and went on to fulfil requirements within a four week turnaround period.

First steps
The scale of this project set it apart from previous shutdowns as it totalled approximately 140 valves at completion. From the off, it was clear that Kent Introl had the capacity to undertake the project in a cost effective and timely manner, due to our in-house facilities and highly experienced team.

Our project managers would also be proactive throughout, ensuring that each stage of the shutdown ran smoothly in order to deliver the best possible results: Communication and client collaboration are vital for a project of this scale, explained Martin Broadbent, Global Product Manager - Aftermarket. Its important to maintain a clear, constant dialogue throughout and ensure the client is actively involved and satisfied at each stage.

This included meetings with the engineers responsible for each refinery unit, where we analysed the specifications and conditions of every valve and made our recommendations. It was clear that some valve internals could be overhauled rather than new replacements supplied, which dramatically reduced costs.

Planning
The next step was a full team planning meeting with Kent Introls service engineers and Service Manager, Nick Parker. Our intention was to identify any points that could save time and enhance our service.

The exercise was a perfect demonstration of the Kent Introl attention to detail. For instance, it was deduced that a larger wagon with fewer collection and delivery journeys would be more cost effective for the client. This ultimately saved more than 50% per valve in transportation.

It was also decided that a full service of each piece of test equipment and overhaul machinery should be completed before launching the shutdown, which safeguarded against failure and ensured the highest quality results that Kent Introl are known for.

The process
Once the foundations were laid for an efficient project we began to assign numbers to each valve and ordered the necessary parts. The valves, which ranged from 1˝ to 16˝ control valves, were then delivered in batches and booked in upon arrival. After identifying the correct numbers on the paperwork we took photographs for reference of flow direction and the instrument setup. Pre-ordered spares kits for every valve were then allocated with the valve to the engineer. Several valves required immediate testing and were sent straight for leakage tests.

The valves could now be stripped down and assessed, with bodies, bonnets and actuators taken back to base material using our high performing shot-blasting machine.

After any necessary machining the valves were then returned to the engineer for rebuild, before sending them to our testing bay for hydro testing and seat leakage tests. After successful testing, the valves could be painted.

The final stage involved moving the valves into the dispatch area and pulling together the documentation. Each valve then underwent a torque check and instrument check by engineers, followed by a final review and sign off by a manager. One thing we never compromise on is procedures, said Martin. Everything we do is in line with the Kent Introl procedures which are audited every year.

Highest quality guaranteed
Over the years Kent Introl have built a reputation of efficiency, expertise and the highest standards, all of which were exhibited throughout this shutdown. Our industry-leading facility and equipment also contributed to the success of this project, ensuring a fast turnaround and the highest quality finish.

Our people also play a leading role in the Kent Introl service. For this shutdown we assembled a highly skilled select team that consisted of Kent Introl service, application and design engineers, each with exceptional knowledge of our company, our processes and our products. This team proved incredibly balanced and dedicated, working together seamlessly throughout the project.

Reflecting on the success of this major refinery shutdown, Martin said: This project is proof that the more you plan, the better the results. We put together a team of people who made it a pleasure to come to work each day. Everything ran smoothly and the results show this.

The end result
The shutdown was completed well within timescales and the client was extremely satisfied with the results. Plans are in place for a follow up meeting to discuss the shutdown and to highlight recommendations for future shutdowns. Kent Introl are also in discussions with other clients for similar projects.

No application too severe for KKI by David Lamb, Sales Director

A major offshore development in the UAE, the Upper Zakum oil field project has ...