In many cases these days, orders seem to be being placed nearer to the required on site date,' despite quotations confirming delivery times 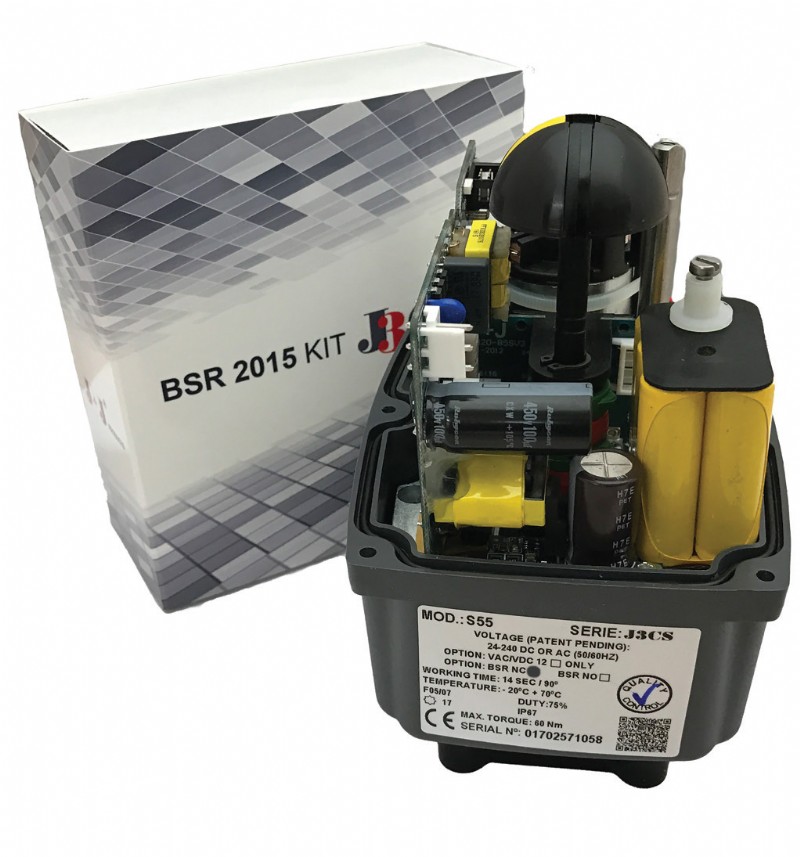 This typically results in suppliers having to exert pressure on manufacturing colleagues to pull rabbits out of hats to get the products delivered on time, and runs the real risk of errors being made due to everyone rushing around.

The J3C-S Series of electric actuators, designed and manufactured in Spain by J+J, are almost immune to the usual difficulties late orders create due to their unrivalled flexibility.

J+Js ethos of having a standard on-off actuators function capable of being changed by installing function conversion kits at distributor level eliminates the factory assembled product only typically applicable to failsafe, modulating and failsafe-modulating functionality, that most of J+Js rivals suffer from.

There are many options to cover in failsafe and / or modulating electric actuators which makes stocking function specific actuators cost prohibitive for most rivals, but these options are covered as standard options in the function conversion kits from J+J.

The failsafe conversion kit is a quick and easy to install battery back-up system that includes the battery and small trickle-charging control PCB.

It installs within the housing of the original on-off J3C-S actuator, and can be user configured to fail closed or fail open on loss of external power. J+Js BSR (Battery Spring Return) System has provided failsafe function for J+J actuators for over 20 years now.

For proportional control, the positioner for the J3C-S uses the latest digital magnetic position sensing technology, an improvement from its predecessor that used a mechanical potentiometer for output shaft position feedback.

The DPS (Digital Positioning System) offers typically 4-230mA or 0-10V I/O, is also remarkably simple to install and self-calibrate, and again fits within the housing of the original on-off J3C-S actuator.

For failsafe modulating functionality, which isnt available from many manufacturers, both the BSR and DPS kits are installed, still within the original on-off J3C-S actuator housing.

In most cases J+J will install and configure the J+J failsafe and modulating function conversion kits, and of course, function test every actuator that they ship. Both kits are however true plug and play and very user friendly, so can be fitted by sub-distributors, or even users.