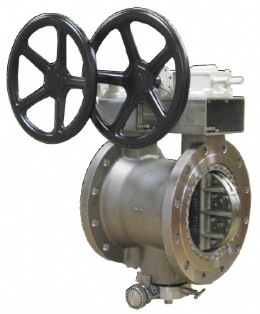 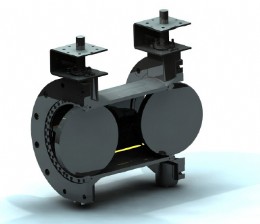 Inside view of the Double Block and Bleed Valve.

Last year Hobbs Valve, part of the Great British Valve Group, was able to offer a massive cost saving to a major North Sea company. Hobbs were approached to solve an age-long issue by the end user who had been historically utilising through conduit gate valves on their assets. This historical valve choice resulted in long lead times coupled with weight and envelope issues which are a day-to-day issue when fitting valves offshore.

Hobbs extensively investigated the bespoke needs of the application and quickly ascertained the best solution to deliver both maximum performance and at a fraction of the cost.

The solution? The double block and triple offset butterfly valves.

These bespoke Hobbs products incorporate a face-to-face option for the valve to fit snuggly in the current space envelope. This would in turn offer major weight savings in comparison to the historical valve choice.

Most importantly this delivered a cost effective and overall superior valve performance. In fact, the Hobbs Valve rate was 15% of the original historical valve choice ensuring great value to the customer.

However, after an informative presentation and some enlightening conference calls the Hobbs Valve team explained how butterfly valves have evolved over the past 30 years. They have moved on considerably from being concentric rubber lined valves that would have pressure and temperature limitations.

Years of further development and testing has ensured that the new and vastly improved double isolation butterfly valve model replaces the old offering with better performance over a concentric butterfly valve.

The customer could easily see the overall benefits and positive qualities of the Hobbs Valve product and took the plunge to changing the valve type used entirely, putting their faith in Hobbs. This faith has been rewarded as 6 months later the Hobbs Valve double block and bleed valve is still achieving high performance with bubble tight shut off on every operation. The mechanical engineers are thrilled with the performance and the change of valve has proved to be a great success.