Langley Alloys - the original and best 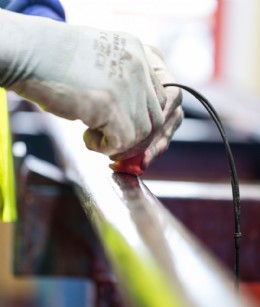 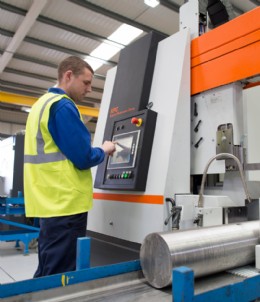 Ferralium 255 is the original super duplex stainless steel, invented by Langley Alloys in the late 1960s. By combining the most favourable aspects of austenitic and ferritic stainless steels, whilst increasing the level of alloying additions, we were able to significantly increase the strength and corrosion resistance compared with anything else that was available at that time.

The development of super duplex stainless steels coincided with a boom in North Sea oil and gas exploration, with relatively deep water and highly corrosive conditions.

This high-performance and cost-effective grade quickly found favour within a multitude of applications, such as pump shafts, high strength fasteners, down-hole tooling and of course valves.

It contains C.2% copper, which has been shown to greatly increase resistance to sulphuric, nitric and phosphoric acids, making it the default choice for items being used in the production of fertiliser, urea and various other chemical process industries. In combination with the highest yield strength of any super duplex stainless steel, > 85ksi compared with just >80ksi for S32750 and S32760, it also provides superior abrasion corrosion resistance.

This is relevant for applications where the fluid is not only corrosive but also abrasive, which can exist in a wider range of industries including food, pharmaceutical, mining, power generation and flue gas desulphurisation.

You now know that Ferralium 255 was the very first super duplex stainless steel to be invented, and that it was invented by Langley Alloys. But did you know its unique properties also support the iconic Statue of Liberty?

The statue was designed by Alexandre-Gustav Eiffel, the French bridge engineer famed for building the Eiffel Tower in Paris, France. As Eiffel was aware, combining dissimilar metals such as cast iron and copper cladding can lead to galvanic corrosion. He therefore specified that asbestos cloth coated with shellac be used to isolate the copper saddles from the iron bars. This method was initially successful, yet over time the shellac dried out, allowing the asbestos to become dry and porous causing it to absorb moisture. So the cloth which was designed to prevent corrosion actually promoted it.

As the iron bars corroded they swelled and distorted, in some cases to such an extent that the copper rivets pulled though the copper sheets.

For the rigid flat bars they chose Ferralium® 255, which at the time was being made in the United States under licence from Langley Alloys by Cabot Haynes.

Investigation had shown that this alloy, when used for the flat bar structure and associated bolting, exhibited minimal reaction with the copper cladding. It offered thermal expansion and elasticity similar to that of the wrought iron, but was far stronger.