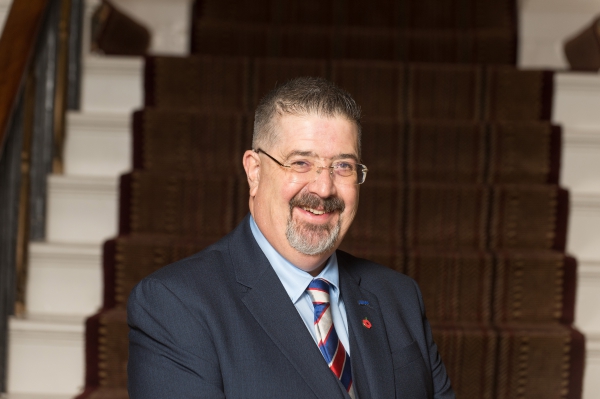 I never really know how it happens, or indeed why, but with some regularity, the Patron Saint* of Association Directors looks down and bestows a gift upon one of his unworthy followers, i.e. me.

On the day I get asked by a member to consider becoming involved in writing a missive to The Times on a lobbying matter, The Times writes to me and asks for my further utterances on the state of associations in the twin crises. I state my case and ‘while on’ use the opportunity to make the point of how useful it would be if The Times could get involved in the member’s topic too. Touché!

OK, so perhaps not divine intervention and just serendipity, or indeed just good luck.  I like to think there’s a bit of ‘the harder I work, the luckier I get’ in there too, but you do need to identify and exploit these opportunities as they present themselves.

The reason the Times got in touch in the first place was a press release we issued a while back on the unique position associations are in, and how I feared some might not weather the current storm.

Why?  Well first we need to dispel a persistent myth… Associations do NOT receive any form of support, grant or finance from Government.  We derive 100% of our own income.  To keep subs down, we are compelled to find as much as we can from commercial activity.  That is invariably face-to-face, and in the Covid crisis, that went west.  Cue immediate 20%+ drop in income – it would have been far more serious but for a determined mass-conversion of our training material to ‘online’ by Peter Dix and his technical team.

With both Covid and Brexit, neither of which are done with us, BVAA became almost an emergency service with a huge volume of uniquely different enquiries to deal with, and a mass of Government data, much of it constantly changing.  This all had to be read, understood and sifted in order that what we chose to pass on was timely and relevant, clear and consistent.

That was a substantial piece of work and as I say, is still ongoing.  With an already-reduced headcount, there was no way we could have any BVAA staff furloughed or on short-time because we had still more to handle – the transition of much of the other services to an online delivery platform.

And currently we are in the early stages of implementing what will in effect be an ERP, a CRM and a central database implementation to modernise further – when we go at BVAA, we go big!

Right now, we are asking members for their annual subscriptions, and inevitably there will be one or two out there are pondering whether or not they can ‘afford’ it.  I’d ask them to remember this – there’s no guarantee that an association can survive without consistency and certainty in its membership – we won’t ‘always be there’ – as stated the only people investing in the service is members themselves.

Any inconsistency makes it extremely difficult to retain the very best support for members in terms of skill sets, knowledge and experience.  Without those qualities this last year, we’d certainly be among those associations facing oblivion.

Bonomi (UK) Ltd has extended the scope of its Stainless Steel ball valve with ...

Dr Martin Haigh MBE will be a familiar name to BVAA members, and especially ...

What is it? Now that the UK has left the European Union the Government is ...

Emerson have a Webinar Center which offers a hub of excellent webinars for ...