IVS - A record-breaking event lies ahead 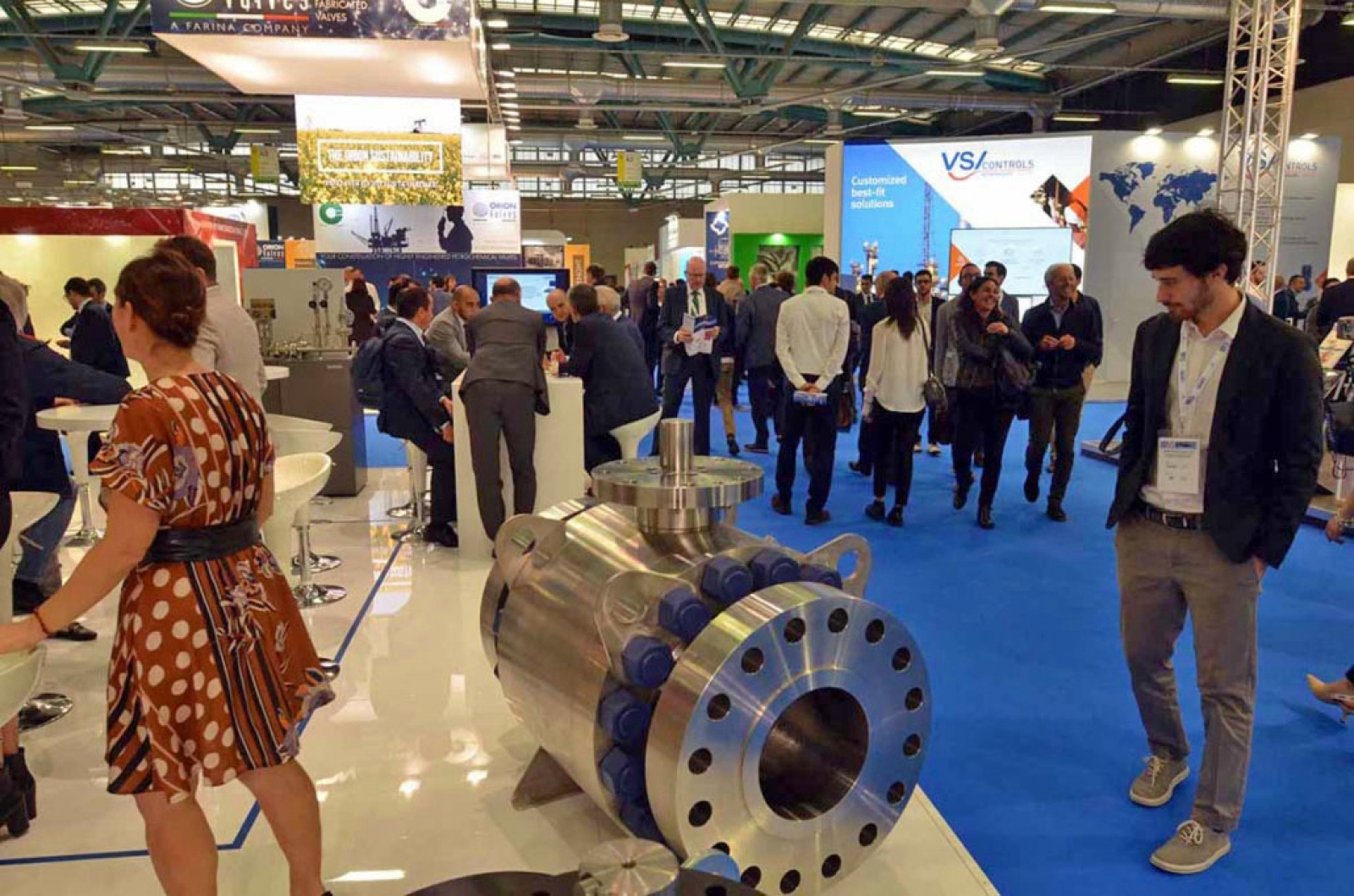 The organizers of IVS have presented the fourth edition of the Summit. A record number of exhibitors and exhibition space, a new Observatory on the industry and market studies, conferences and workshops available to the participants and delegations from all over the world.

IVS 2022, promoted by Confindustria Bergamo and Promoberg, will take place in Bergamo on 25th and 26th May.

Industrial Valve Summit 2022 comes three years after the last edition of the event, and the growth that has distinguished it since the first edition continues. Record numbers are expected for IVS 2022, starting from the companies that will be exhibiting at the fair. To meet the growing demand for exhibition space, the organisers have planned an additional pavilion expanding the halls by 5000 square metres. This means that the Summit's spaces will reach a record total of 15,000 square metres.

The international participation is growing thanks to the synergy with AVR ANIMA (the industry association representing Italian companies in the valves and fittings sector) and ICE (the Italian Trade Commission), which will allow the presence of delegations arriving from around twenty countries. The delegations will have the opportunity to interface with the operators in the Oil & Gas sector attending the exhibition, initiating meetings and matchmaking activities. In detail, areas dedicated to B2B meetings will be arranged at the AVR ANIMA and ICE stands. Continuing the theme of international attendance, the IVS organisers confirm the presence of over sixty guests of primary standing among decision-makers, operators and international speakers.

The Summit organisers, through an operational collaboration with UNIDO ITPO Italy, the Italian Office for the Promotion of Technology and Investment of the United Nations Industrial Development Organisation, have made it possible for a delegation of Iraqi entrepreneurs and institutional representatives to attend. The initiative is one of the highlights of the “Investment Promotion for Iraq - Phase II” project, which aims to develop Iraq's productive fabric by intensifying trade relations with Italy, to encourage the promotion of investments and technology transfer between the two countries.

The conference programme is also growing from year to year, with a richer programme of scientific conferences, talks and technical content. This year, the Summit will be introducing a calendar of workshops, laboratories and panels to complement the five main theme sessions. The opening event will be the round table, the first of its kind, examining the role of hydrogen in the new scenarios linked to decarbonisation, scheduled for Tuesday 24th May. All the content discussed during the days of the fair will be freely accessible through the IVS Valve Campus Knowledge Platform that will share all the scientific contributions of IVS 2022 in a permanent and smart way.

The IVS-Prometeia Observatory "The Oil & Gas valve industry in Italy" realised with the contribution of the research department of Confindustria Bergamo, will be presented at the IVS 2022 opening conference. The new study captures the state of the Italian industry, that has 255 companies, 11,400 employees and a production value of 3.2 billion Euro. Numbers that make the oil and gas valve industry a "core" sector of Italian manufacturing, as well as one of the hidden excellences of Made in Italy. Almost 2 out of 5 oil and gas valves produced in Europe are Italian. Our country is at the top of the list of major EU producers, thanks to the complete supply chain, both in terms of finished products and of components and auxiliary products.

In particular, the Bergamo area is the hub of the Italian sector. There is an industrial district within a radius of 100 km from the province that generates over 90% of national production in the sector. Global investment in the oil and gas sector fell by around 30% in 2020 and the recovery in 2021 was moderate but still insufficient to restore pre-pandemic levels. As a result, the global import demand for oil and gas valves also ended 2021 at lower levels (around 2%) compared to 2019. The shock experienced in 2020 led to a contraction in the turnover of companies in the sector (-11%): a fallback in line with that of international competitors. Between 2020 and 2021, Italian exports of valves for the energy sector grew at rates in line with or higher than those of competitors in over 60% of the global top-100 markets.

In addition to the Observatory carried out with Prometeia, the organisers have commissioned ICE to carry out two market studies on the Brazilian and United Arab Emirates sectors to be presented during the fair.

Giovanna Ricuperati, Vice President of Confindustria Bergamo, commented: “We are living in a moment of great transformation for the energy sector, and of great complexity for all Oil & Gas operators, which makes IVS - Industrial Valve Summit a valuable opportunity for the entire industrial valve supply chain to meet. Meetings that can take place in presence at last thanks to IVS, which is the ideal venue to share strategies and projects, discuss new scenarios and promote the industry, offering opportunities for business development. As always, the Summit will be hosted by Bergamo, a city that is the Italian centre of gravity of the sector and that embodies a special meaning of a restart after the events that have severely shaken it in the last two years. IVS - Industrial Valve Summit is a strategic event for Confindustria Bergamo as an initiative in support of the area's industrial supply chains of excellence and, in particular, of the SMEs that are the vast majority. The trade fair was created by producers and is intended for producers, and sees companies at the very centre of every aspect of the Summit”

“Relaunching a major event in a still very complicated global context is a source of great satisfaction for us” - commented Fabio Sannino, Chairman of Promoberg -. “Organising the fourth edition of IVS is a very important result, achieved after a long and difficult process, and for this reason it is even more meaningful. The goal testifies in an effective and concrete way the organisational synergy with Confindustria Bergamo. IVS is undeniably an important and prestigious event included in the Promoberg calendar, both in terms of the large number of international players that it welcomes to our area and for the visibility it gives to our city, our province and its manufacturing structure. For Promoberg, and for all those involved in the project, the Summit is a starting point as well as an important milestone, but above all a solid point of recovery, after the last two years that often, as we know, have involved the need to suspend or postpone scheduled events”.

“The entire industrial valve supply chain - explains Maurizio Brancaleoni, Chairman of the IVS Scientific Committee – “will find in Bergamo the ideal "think tank" to promote new relationships and partnerships, especially after two years of standstill and in view of the new agenda, which aims to combine sustainability processes with those of an energy independence. ValveCampus, the scientific partner of the event, has organised the workshops and conferences following these guidelines to offer all stakeholders moments of insight, exchange of ideas and the latest industry news. The IVS 2022 conferences aim to boost the value and stimulate the interest of operators in the industry's most eagerly awaited event. The six conference sessions will follow five thematic threads and will involve twenty-six speakers representing eight countries. For the first time, the papers will delve into practical and operational aspects, presenting research and experiences of key players representing the entire industry, in order to contribute to the implementation of the cutting edge technologies in the sector”.