Lewis M. Kling Elected Vice Chairman of the Board 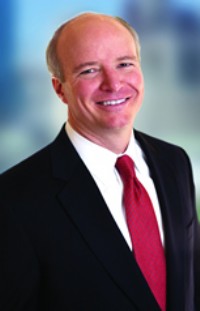 Flowserve Corporation, a leading provider of flow control products and services for the global infrastructure markets, recently announced that its Board of Directors has named Mark A. Blinn, 47, as its next President and Chief Executive Officer, beginning October 1, 2009 and as a member of the Board of Directors, effective immediately.

The company also announced that Lewis M. Kling, the companys current President and Chief Executive, whos previously announced retirement is scheduled for February, 2010, has been elected Vice Chairman of the Board effective October 1.

"I have worked very closely with, and relied upon Mark as our Senior Vice President, Chief Financial Officer and Latin American Operations for over four years," said Kling. "He is an outstanding global executive and is ready to lead the company. The timing of this transition will enable Mark, with my support, to effectively drive the Companys 2010 strategic and financial planning processes, which are now getting underway. It will also allow five months for transition and my oversight before my planned retirement from Flowserve this coming February."

Blinn joined Flowserve in 2004 as Chief Financial Officer after serving in the same capacity at Kinkos prior to its acquisition by FedEx. He earned a B.S. degree from the school of engineering, a J.D. in law and an M.B.A. from Southern Methodist University in Dallas. In addition to his role as CFO with Flowserve, Blinn has also been in charge of Latin America operations for the company since October, 2007.

Flowserve non-executive Chairman of the Board, James O. Rollans said, "Our Board has been extremely pleased with Lews effectiveness as Flowserves President and Chief Executive Officer. Over his four-year tenure revenues have grown consistently, nearly doubling, while net profits have grown ten fold, and we now have a world class operation and organization. In addition to the outstanding financial performance, Lew has also prepared Mark well as his successor. The Board is confident that Mark and the Companys outstanding executive leadership team will drive Flowserve to even higher levels of value creation for our shareholders."

Kling, who will retire on his 65th birthday in February, has been working closely with the board on a succession planning strategy since early 2008. "I am very proud of what Flowserve employees have accomplished over the past four years. I am now looking forward to supporting a smooth transition for our employees, customers and shareholders. As Vice Chairman, I will be able to be actively engaged at the board level, as well as support the management team as they begin the planning process for 2010," Kling added.