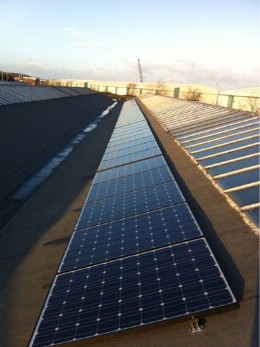 Heap & Partners have announced a major overhaul of their corporate responsibility with their 3P program. The 3Ps are People, Planet and Profit. This three pronged initiative covers the companys Profitable growth, minimising its impact on the Planet and helping local and overseas People with its radical volunteering program. As Managing Director David Millar puts it Many of the Worlds problems have either been caused by or at least facilitated by capitalism, but ironically its only business that has the capital, knowledge and drive to solve those same problems. We cant wait for politicians to sort it out as they cant see past the next election!

Profit
Heap & Partners have just set their budgets for the coming year and are again targeting double digit growth. It believes that profitable growth is vital not to fund business as usual but to enable it to do its part in solving some of the problems the world faces. Now in its 146th year in business it has always prided itself on taking its responsibilities seriously but today its looking to set itself some serious stretch goals in terms of the other two Ps!

Planet
Already a Green Apple award winning company for its environmental work, the company has now decided to raise the bar! Heap & Partners would like to become the first company in its industry to be carbon neutral. Obviously this is a major stretch goal and one that the company doesnt yet know if it can achieve but with a determined and concerted effort from all its employees it aims to reduce waste to minimal levels and implement policies to increase its energy efficiencies, so whether its installing solar panels or simply not printing out an e-mail, its focus will be consistent with achieving carbon reduction.

David Millar elaborated Were not interested in the global warming debate, but we must be concerned about waste. We hope that in trying to achieve carbon neutrality the company will deliver serious cost savings to the bottom line. In an industry that has to operate on slim margins, that should be of interest to every company.

People
Perhaps the most radical measure the company is implementing is its volunteering programme. Heap & Partners has always helped local charities, provided support to childrens football teams sponsoring kit and last year it formally pledged to match all money raised by its staff for good causes. Now however it has gone further and is setting up a formal volunteering programme. The staff are currently being asked which good causes they wish to support. They are then given 6 days paid volunteering time per person per year. For Heaps this equates to the company donating one person full time for a year to a charity, a major investment for any company!

Heap & Partners believes engineering companies have a vast range of skills that can make a massive difference to all sorts of charities. It intends to put its skill to good use by letting its staff have time off from their normal duties to provide hands on support where its needed. In return the company hopes to see staff morale boosted and perhaps some nice local PR.

Heap & Partners - Doing Well By Doing Good
This is the strap line adopted by the company for its 3Ps program. It believes that by widening its focus from a single P (Profit) to the 3Ps the whole company will benefit, including the bottom line. So how does David Millar sum it all up? We hope that our 3Ps programme will do some good and enable us to have some fun on the way!

Leengate Valves have agreed to sponsor the club's warm-up kit for the next two ...

Having worked closely with the BVAA since the companys launch in 2012, it ...

Pentair Valves & Controls has designed an effective approach for chemical and ...

With this years Maintec focussing on industry 4.0, leading industrial service ...

Despite rigorous risk assessments and SIL analyses in accordance with ...

Parker Hannifin, the global leader in motion and control technologies, now has ...