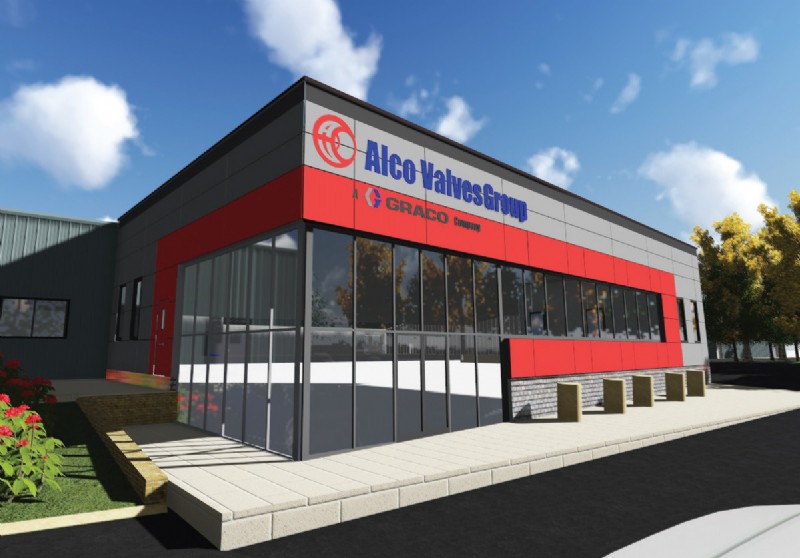 External visual of the new site 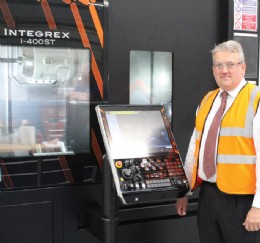 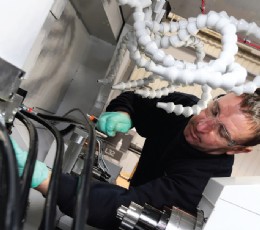 Its all go at the moment for the award winning Brighouse based valve manufacturer Alco Valves Group. Their latest investment into a new stateof- the-art Production and Technology Centre is located at Gooder Lane, Brighouse covers 8.5 acres and is approximately 68,000 square feet.

Sam Crossley (Managing Director of Alco Valves Group) explained the reason for the expansion by stating; Our production facilities and support functions are currently very fragmented, located over several sites. This new facility brings all the manufacturing together in a single location allowing for efficient workflow and the elimination of duplicated tasks.

Alco is proud to continue its association with Brighouse where we have been based for nearly 40 years.

Redevelopment of the new premises has already begun and once complete the site is set to bring new and exciting opportunities to the local area. CVs can be sent at any time to jobs@alco-valves.com.

There are further plans for more investments including the latest CNC lathe machines consisting of the Mazak Integrex i-400ST at a cost of $1.1m USD in addition to two of the latest Citizen L32 Type VIII. These machines will further enhance Alcos in-house capabilities to machine components in one complete operation ensuring the most precise, professional, efficient and economical manufacturing process of valve bodies, enabling Alco to increase quality whilst improving lead time.

The investment will allow Alco to meet current production demands and into the future whilst building on their heritage of manufacturing valves right here in the UK.

Alco operates under the Oil and Gas division of Graco Inc., an American conglomerate which was founded in 1926 and has grown over the years to become a world leader in fluid handling systems and components. For regular updates visit Alcos social media platforms on LinkedIn, Twitter and Facebook.