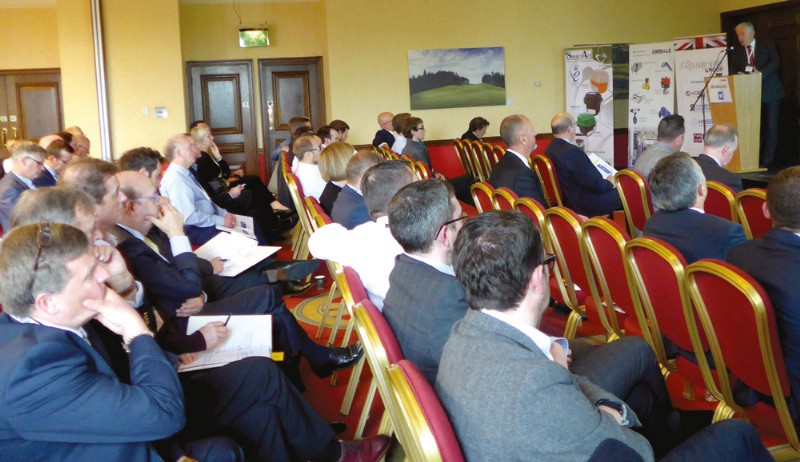 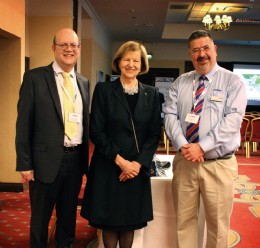 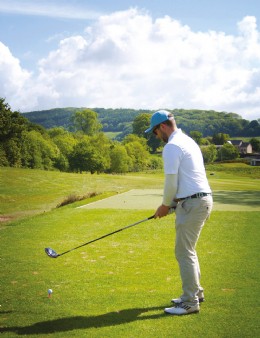 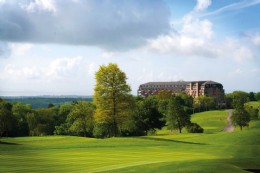 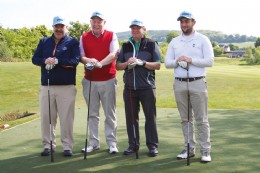 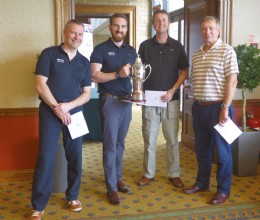 The BVAA Conference & Golf event was held this year on 17th / 18th May 2017 at Celtic Manor and generated some of the best feedback BVAA has ever received!

The day opened up with Baroness Nicholson of Winterbourne, who spoke on the topic of Opportunities for International Trade in the Context of Brexit, and on the Role of the Trade Envoy. The Baronesss speech was also skilfully interwoven with observations and experiences of her humanitarian work, and a reminder, were it needed, of how the two worlds of business and humanity are inexplicably linked.

Next up was Professor Joe Nellis, Professor of Global Economy and Deputy Director of Cranfield School of Management. Joe held the room with his visionary take on how the world was being transformed by unprecedented economic and political developments, and what that might mean for new markets and growth opportunities. He maintained that globalisation of trade and finance was also driving fundamental changes across the world alongside the rapid development of some emerging economies, and Globalisation had also brought about an increasing interdependence between nations, institutions and people. He closed out noting, with an air of Darwinism, that adaption to change was going to have to be a survival trait!

The two sessions on markets outlook were keenly awaited and did not disappoint. First up was Jeremy Leonard of Oxford Economics, who introduced the brand-new Global Valve and Actuator Market Report commissioned by the BVAA to replace the EIF Report and exclusive to BVAA members in the UK. Readers should also note that there is a UK focussed report for our more domesticallyinclined members, and crucially the report is available on a fully interactive website that allows the data to be manipulated. One key revelation was that the global valve and actuator market appears MUCH bigger than many members previously thought.

The second global market outlook came from Steve Robertson of Westwood Global Energy Group and was focussed on the oil and gas sector  of huge interest to many members. Following some turbulent years Steve was able to give some insights into what to expect and the key drivers. Plus some encouraging news.

Having a valve customer speak at the Conference has been a goal for some time and we were delighted to welcome Matthew Barnett - Mechanical Technical Authority at Nexen - who gave members another well-received presentation on the Integrity Management of Valves from a customers perspective. As well as scoring highly this paper also generated significant interest in the membership in participating is some Energy Institute discussions on the topic  a great outcome.

Steve Charles of Qdos followed giving an Introduction to the BVAA Business Support Service  branded BVAA Business Shield  which is a comprehensive support service for all members that is included in their membership fee. Steve highlighted the depth and breadth of the service which should be of keen interest to anyone with any element of HR, H&S and commercial law responsibility.

The day was closed out with a detailed presentation on Office 365  A Digital Workplace introduced by BVAAs own Andrew Will and Tim Guest. This Office 365 / SharePoint collaboration session - assisted by representatives from both Nviron and AMT Evolve  demonstrated the power of this widely used but under-utilised product. Its power to assist in business process; its ability to extend and present service and application through handling and storing files with some easy to understand workflow  will be of terrific interest to anyone looking to streamline and control this activity in their business.

The Welsh weather-Gods were with us again this year  a deluge the day before, but brilliant sunshine for the post-Conference Golf Day, making it another spectacular success. Thirty-two members and guests competed for the coveted BVAA Cup and other generous prizes.

Nearest the Pin was won by Dewi Byles (Crane) and Longest Drive was by BVAA Future Leader David McClymont (Crane). Wooden spoons were awarded to the plucky SmartAct team.

Runners up with 83pts were the Crane/Rotork team of David McClymont, Dewi Byles, Neil Bennett and Nick Anstruther.

Outright BVAA Cup Winners however were the Severn / HSP team of Mark Breese, Barry Wilder, Rob Lloyd and Matt Lynn with a whopping 89 points  an excellent score on the challenging Montgomerie course  well done all!

In a downturn, it is inevitable that all costs are examined - often ...