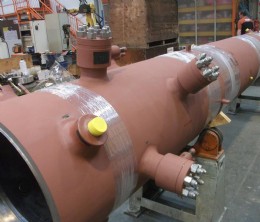 Figure 1: The HP Final desuperheater or attemperator, pictured above, is the critical thermal component that is affected most with stable and changing unit loads in combined cycle power plant operations.

Figure 2: Emerson conducted an FEA analysis concentrated on the largest and steepest thermal gradients to better understand thermal strains and improve the lifecycle of attemperators. 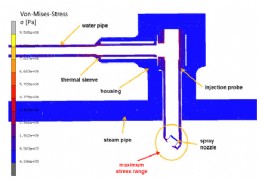 Figure 3: Emerson FEA proved the importance of isolating the pressure containing parts from the thermal gradients.

These new, higher demands on natural gas combined cycle power plants are significantly contributing to load swings that alter the dispatch curve of the entire population of generating facilities connected with the electrical grid.

Renewables, unlike traditional fossil fuel plants, have the inherent availability dependency on local climatic conditions. These conditions often are in direct conflict with local electrical demand requirements during any given generation opportunity. The more isolated the grid is, the more significant the destabilizing factors become.

Natural gas-fired combustion turbines counteract these increased load swings with their exceptional ability to dispatch quickly, ramp load conditions faster, and ultimately follow automated generation control (AGC), by providing additional stabilization to the grid. All of this does not come without a price. These unique operating conditions performed by the combined cycle power facility to deal with the cycling, ultimately reduce the overall thermal cycle efficiencies of the most sophisticated natural gas combined cycle power plants.

Maintenance and design engineers experience this impact on the larger grid. Unit load transients created by an emergency response to place a cold unit into service, an abrupt unit trip, accelerating ramping rate, extreme load sheading or an automated generation response to a specific electrical grid requirement each impacts the equipment in the combined cycle power plant. In some cases, the impact can be amplified in critical subcomponents of major equipment as the unit responds to the required duty cycles created by the additional operational demands.

One example of this duty cycle phenomenon is a unit cold start. While most major components such as the heat recovery steam generator (HRSG) or the combustion turbine will experience a single thermal cycle during a routine start-up operation, subcomponents of these major pieces of equipment may experience more than 25 thermal cycles during the same start-up process.

During all phases of combined cycle power plant operation, the HP Final desuperheater or attemperator is the critical thermal component that is affected most with regard to performing vital duties associated with both stable and changing unit load conditions.

Emerson conducted a Finite Element Analysis (FEA), a thermal fatigue analysis, to better understand thermal strains and to improve the life cycle of the attemperator. The analysis proved that attemperators can be designed to withstand new cycling operating conditions, and the importance of thermally isolating the pressure containing parts from the thermal gradients. For other end users, an analysis such as this one conducted by Emerson will enable plant owners and operators to identify expected wear and tear on parts while also optimizing inspection cycles.