Shut down valves perform a vital safety role on many process plants, both onshore and offshore. 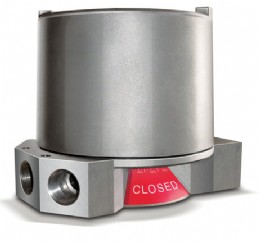 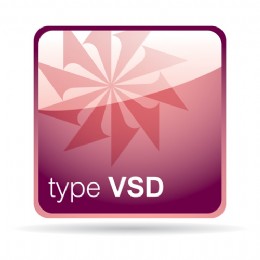 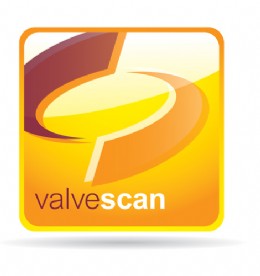 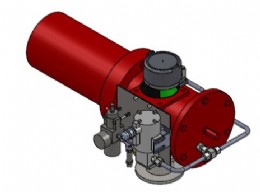 Before: Actuator with limit switch box 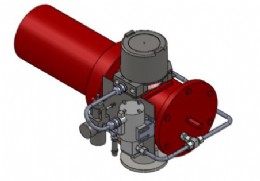 After: Actuator with VSD controller

They are designed and positioned such that, in the event of a potential problem, they operate to ensure the process is stopped in a way that prevents a hazardous event occurring. They are the Final Element in any Safety Instrumented System.

In recent years and following on from incident analysis work done in this area, regulatory authorities such as the Health and Safety Executive in the UK, have taken a much greater interest in how plant operators are ensuring their shut down valves are in good health and thus complying with their legislative requirements. This has put pressure on plant operators to invest in various monitoring and diagnostic techniques (such as Partial Stroke Testing) that enable insight into the health of a shut down valve to be obtained.

For the operator that is installing a new piece of plant, designing and installing systems that enable meaningful monitoring and testing of shut down valves is relatively simple. The infrastructure to support the instrumentation requirements that performs tests and gathers information (cabling, power, Control Room software) can be specified early and included in the project design. However, for the operator of existing plant, the necessary infrastructure is often not available. Fitting the type of equipment typically used on new projects, such as smart positioners, intelligent solenoids, or sophisticated on-line valve monitoring systems, would involve considerable expenditure on new cabling, I/O and potentially control system upgrades. When the economic implications of the necessary infrastructure changes are analysed, it is often seen that the expense would be considerable and not possible to justify within the operational budget for the plant.

So what options are available to the operators of existing plants? Imtex Controls, a leading independent manufacturer of valve monitoring and communication solutions based in the UK has a solution. Imtex has developed a version of their highly versatile Valvescan VSD Valve Controller to provide a simple to retrofit, cost effective means of obtaining the type of information available on shut down valves installed on new projects without the need to modify existing plant infrastructure.

To fit the VSD Controller, the operator simply replaces the limit switch box that is typically installed on a shut down valve and back-wires the solenoid that operates the valve actuator into the terminals within the VSD enclosure. Field wiring for the solenoid and limit switches are now terminated in the VSD enclosure. The VSD Controller is supplied with a wireless interface, typically Bluetooth or WirelessHART, and fitted with a specially designed power module that uses the power to the solenoid valve to power the diagnostic system within the unit.

1. Data Capture during Valve Operation in the event of a Shut Down demand When the power to the solenoid on the actuator is removed as part of Shut Down Trip from the Plant Safety System, the VSD Controller power module maintains power to the diagnostic circuits in the unit so that the valve stroke signature can be recorded to the internal memory. Once the system is restored after the Shut Down Trip, the recorded data can be downloaded via the wireless communication system on the Controller and taken back for analysis and archiving in VSD Controllers diagnostic analysis software package, typically installed on a Control Room based PC.

The Valvescan VSD Valve Controller from Imtex Controls provides an elegant solution for monitoring the condition of Shut Down Valves on existing plant that enables operators to meet the demands made of them by regulatory authorities without putting significant pressure on operational budgets.