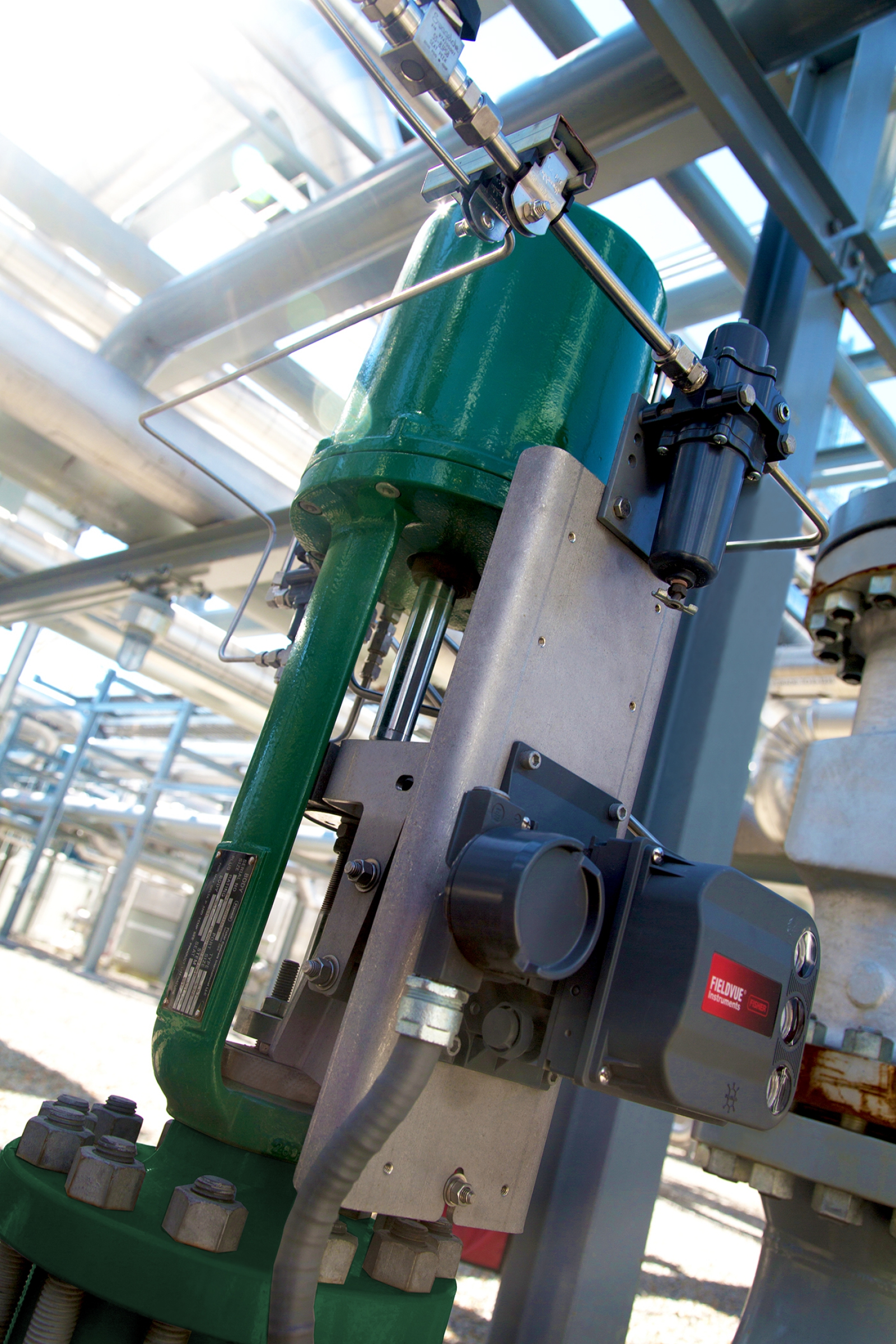 Emerson announces that a customer in China has recently purchased the three millionth Fisher™ FIELDVUE™ digital valve controller for use in the water treatment pressure control valve in their membrane plant. A digital valve controller helps regulate and monitor the opening and closing of a control valve, and it also provides a wealth of information with respect to valve status and health. Although this is a significant milestone for Emerson, more important are the top seven reasons why process plant personnel specify, purchase, install and use Fisher instruments.

Second, in an offline mode, a FIELDVUE digital valve controller can be used to create a signature for a new valve. This signature captures details on packing friction, air usage, valve travel, and other parameters—all of which can be compared to future valve signature test results. Often a comparison will quickly highlight developing issues, such as instrument misalignment, air supply issues and actuator leaks.

Third, FIELDVUE digital valve controllers can proactively monitor valve performance while the valve is online and controlling the process, revealing if a valve is failing to reach commanded states or is exhibiting excessive air usage or abnormal friction, for example. This information can alert maintenance staff of developing issues, and in many cases diagnostic software can offer a list of possible causes, helping technicians quickly isolate and resolve the problem.

Fourth, FIELDVUE digital valve controllers can detect trigger events, and then capture valve profile and performance data before, during and after the event. This data may not keep an event from happening, but the information is often critical to quickly isolate the root cause of the problem and to identify any failed components so they can be repaired quickly.

Fifth, FIELDVUE digital valve controllers are often used in critical applications, such as on anti-surge and safety interlock valves. In these and other applications, the digital valve controllers enable partial stroke testing to ensure the valve will perform as required during abnormal conditions, and they can also be used for partial proof testing to extend intervals between required full proof testing.

Sixth, historical data from the digital valve controller can be combined with other upstream and downstream process information—such as surging pressures or swinging flows—to uncover operational problems. FIELDVUE digital valve controllers can also expose how a valve is performing related to parameters and factors such as supply air pressure, positioner tuning, or mechanical sticking.

Seventh, FIELDVUE digital valve controllers enable secure remote valve monitoring provided as a service by third-party experts, whose efforts unload often limited plant personnel. Based on instantaneous and trended data, it is possible to detect abnormal conditions leading to many developing problems. However, this data is only useful if it is gathered in near-real time and is accessible by specialists with the tools, skills and time to interpret it. Emerson provides these services, using its Fisher ValveLink™ software to perform scheduled online testing of each valve as it operates.

These are seven of the leading reasons why FIELDVUE digital valve controllers are widely used in process plants, with end users realising benefits as described in the following three applications.

A herbicide plant in Iowa, USA reduced annual maintenance costs by $230,000 by using FIELDVUE digital valve controllers with advanced control valve diagnostics to transition their plant from reactive to predictive maintenance. In one case alone, the plant saved nearly $100,000/hour by detecting and addressing a developing control valve issue before it shut down the unit.

A paper mill in Louisiana, USA was suffering routine boilers trips due to damper positioning problems. Upgraded FIELDVUE digital valve controllers with advanced diagnostics eliminated these trips, avoiding losses of $18,000 an hour due to unscheduled outages.

A combined cycle power plant was reworking all critical valves during every outage to maximize uptime when the plant returned to service. After upgrading to FIELDVUE digital valve controllers and implementing diagnostic alert software, the plant was able to focus their outage repair efforts more efficiently. The plant saved $68,000 in one outage alone and has experienced year-to-year cost reductions of $33,500. Similar programs in the company’s other plants have generated average savings of $1,200 per valve.

These reasons and results show why process plant personnel have often specified FIELDVUE digital valve controllers in the past and why many of them will continue to do so in the future.