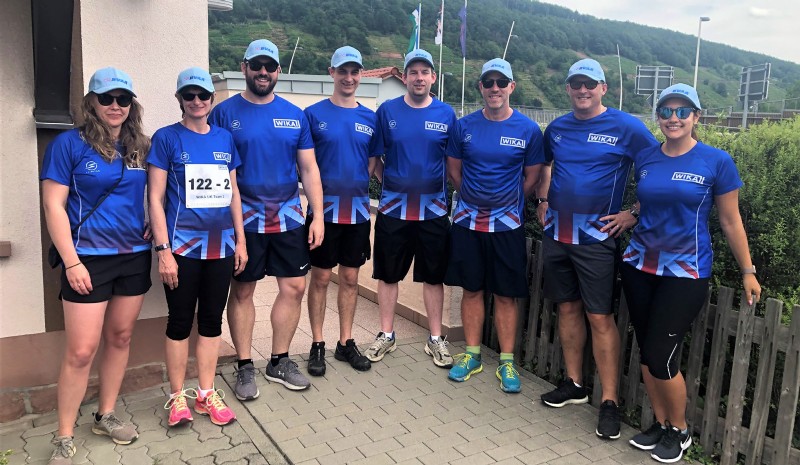 On Saturday the 20th July WIKA UK sent a team of keen runners to participate in the WIKA Staff Marathon, held at the companies head office in Klingenberg, Germany.

Since 2006, WIKA has annually organised one of the largest company runs in the Bavarian Lower Main region - the WIKA relay marathon.

With temperatures exceeding 30°C, 7 participants shared the demanding and gruelling marathon distance of 42.2 km with each runner completing about 6 km on a varied and partly hilly circuit over asphalt, gravel, dirt roads and through woodland. A total of 868 runners tackled this tough terrain with 125 teams in total taking part.

The event generated an exceptionally impressive 5,208.00 in donations to charitable organisations within the region. Following the donation presentation, the evening was rounded off with a celebratory public open-air concert by regional bands.

During and after the race the runners are provided with drinks and water showers. In the start / finish area on the WIKA grounds additional muesli bars, fruit and massages awaited them. For each kilometre run, WIKA donates one euro to a charitable institution in the region.